Spelling is not easy for everyone, even if you think it is. From children to adults, native or non-native English speakers, and even for people without learning difficulties. Everyone struggles with irregularities in the way English words are spelled. So no one blames your child for succumbing to common spelling mistakes. But it is important to address and remedy them early.

More than one letter or letter combination can be used to represent a single sound. For instance, you see /f/ being used in a word like forest, but /ph/ is used for a word like phone. In the same manner, two letter(s) can represent different sounds. For example, pronouncing the /c/ in lace is soft, but for the word cat, it’s hard.

There are a plethora of rules governing English spelling patterns, but it’s not always obvious how a word should be spelled if you’re hearing it for the first time. Along the same vein, there are also lots of exceptions to the rules.

Is Spelling Easy for Kids?

English spelling has lots of peculiarities, which enable common spelling mistakes to exist. It’s also why it can be difficult for young kids who are learning how to read and write. Mistakes are pretty common from kindergarten through 4th and even 6th grade.

In some cases, it even persists well into adulthood. That’s why in most cases, it’s more prudent to enroll kids in writing and spelling tutoring while it’s early.

Whether or not someone is prone to making common spelling mistakes depends on a couple of factors, like how often they actually read and write, or if they know other languages, or the size of their spoken vocabulary in English.

Also, there are some words that are more commonly misspelled than the others.

Sometimes making common spelling mistakes is rooted to how an individual’s body and mind functions. It takes a proficient reading program to point out these special learning needs and adjust to them accordingly. Some common causes are:

#1 To double a letter or not

One way to change word stems in English is to add prefixes or suffixes. These are what come at the start or at the end of a word. Sometimes, it’s prefixes that change a word to their opposite meaning, like legal into illegal with the addition of /-il/ before the word. Other times, the suffix changes the tense of a verb from ‘dance’ to ‘danced’ or ‘run’ to ‘running’.

Whenever prefixes and suffixes come into the equation, English spellers need to make tough decisions about doubling or not doubling letters. Sometimes it also involves changing vowels and dropping some letters.

So how can you stop making spelling mistakes that are related to doubling letters?

It helps to learn the rules and see lists of words which do and do not have double consonants. If your learner is struggling with a particular word, you can try coming up with tricks to remember its spelling.

If you notice your child is tempted to double a letter that doesn’t need doubling, try writing that particular word repeatedly or typing it over and over until the one letter version becomes automatic to you.

Some mistake to (the preposition, two (the number), and too (the adverb). These words sound the same, and their spellings are all familiar too. Nevertheless, they all have different meanings and grammatical functions. The same case applies for there, their, and they’re. There’s also whether and weather; as well as its and it’s. They all cause lots of confusion.

In writing, you need to go out of your way to specify which version of the spoken word is wanted. Sometimes, we end up skipping this step and you inadvertently put the wrong version down. And because homophones aren’t necessarily misspelled and they sound the same, you are less likely to pick up on mistakes in proofreading, unless you’re specifically looking for them.

How do you avoid making mistakes with homophones?

Mnemonic devices can help two or three words apart. So make sure the learners know how to use both words in the correct way and try learning a few sample sentences to provide you with examples you can reference when in doubt.

There are plenty of words in the English language that can be commonly misspelled as two words, or sometimes they’re treated as one when they should really be two. Adding two words together to make a new word is known as compounding, and it’s a perfectly acceptable thing to do when you’re writing in English.

Common spelling mistakes for this include writing ‘all right’ as ‘alright’. ‘A lot’ becomes ‘alot’ and sometimes ‘no one’ becomes ‘noone’. Some people are also tempted to add hyphens, and most of the time, this depends.

Other words can be both one and two words, like the word ‘everyday.’ Most of the time, this word is used in its modifier form, like, ‘I’m wearing my everyday pants,’ when in truth, they’re actually using the words to convey how frequent something happens, like, ‘I go to work every day’.

How do you know which words stay together and which ones need to be kept apart?

The best approach is to help your student list down confusing compound words and study them one case at a time. Be mindful of spelling and grammar checks in computers too, because most of the really good ones will alert you if you’re using a particular word wrong.

Spelling Doesn’t Have to Be Hard

Each word has its own level of difficulty for every person, depending on certain factors and ranging from one word to the next. Sometimes it depends on how commonly they encounter the word or have to produce it in writing.

But getting rid of common spelling mistakes don’t have to be painful. Instead, if we work together, we can make spelling fun for the learner.

Inquire with our live tutoring sessions today to see how well we can help your child through this global crisis.

Get Started with a Free Consultation
Call or schedule an appointment by clicking below! Fill out the short form below. We'll be in touch soon.
Call Now
Make Appt. 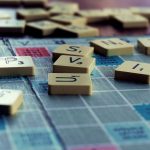