About the Dicker Reading Method

Visit our reading tutoring center in Scarsdale, NY today and see what we can do for your child’s reading ability in one session!

The Dicker Reading Center is located at 75 Brook Street in Scarsdale, NY. The Dicker Reading Method works for everyone from pre-school through adult, from the educationally challenged through the gifted. Over 10,000 students have become proficient readers after participating in the program. The Dicker Reading Method will teach any child to read better, faster, with greater fluency, and comprehension in a fun, nurturing environment. Students can achieve 3 to 6 years of reading improvement in less than one year. Grades, test scores, confidence, and self-esteem will soar as children develop a love for reading and school. Affordable, individual tutoring instruction is available 7 days a week.

About Our Founder, Al Dicker 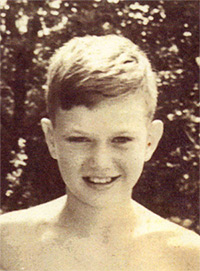 Believe it or not, Al Dicker, creator of The Dicker Reading Method, had a big reading problem while he was growing up, and like many struggling students he hated going to school.  He was constantly afraid the teacher would call on him. Whenever he had to read in class, he would become anxious, his palms would get sweaty and his heart would start to race.  He was worried about looking stupid in front of the class.  What would his friends think?  All of these painful memories are why Al Dicker committed himself to wiping out illiteracy; so that no child would have to have the same horrible experiences he did.  As a result, many years later, Al developed The Dicker Reading Method.

Al launched his career as an educator in the New York City public schools system more than 35 years ago. As a special education teacher he realized that the traditional methods of reading instruction were not working for his students, so he created a new approach: the Dicker Reading Method. Amazingly, his students, many of whom had severe learning disabilities, suddenly began making rapid progress in their reading skills and abilities.

Throughout his career, Al served as a reading advisor for the New York City Board of Education and was asked to conduct seminars from New York to Los Angeles.  He was also commissioned to teach English to Chinese students in Guiyang, China.

Eventually, Al retired from the New York City Board of Education to further expand his reading program, opening a private reading tutoring center in Westchester, NY that serves children of all ability levels.

Al and his program have received numerous endorsements, including those of CBS News and Family Circle magazine. Al is still very active at The Dicker Reading Method center and is currently working on an app that he can share with the world.

Al Dicker holds a B.S. in psychology from the University of Connecticut and an M.A. in education and special education from NYU.

Al Dicker, the founder of the Dicker Reading Method, has helped over 10,000 students since his establishing his reading tutoring center in Scarsdale, NY. Over his career, he has never wavered from the Dicker Reading Method’s promise to help ANY child learn to read. In a video segment, Al Dicker was interviewed by renowned stage and television actress, speaker and former artistic gymnast, Cathy Rigby. In the interview, Al reveals how this method can help any child shift from the debilitating attitude of “I Can’t Read” to the uplifting, lifelong love of learning and motivational “I Can Read!”

This Educational Breakthrough Will Dramatically Improve:

Through Our Exclusive Techniques Your Child Will:

Be assessed and placed on their appropriate reading level.

Learn 5 words and their meaning in just one minute.

Develop a fluent reading style, which will support their comprehension.

Develop the literal and inferential skills to become an outstanding reader

Develop up to a 20,000 word reading vocabulary.

RESULTS NO OTHER PROGRAM CAN MATCH!

Get Started with a Free Consultation
Call or schedule an appointment by clicking below! Fill out the short form below. We'll be in touch soon.
Call Now
Make Appt.